Health Benefits of Walking: Make It a Human Right

"We are a nation of walkers," declared U.S. Surgeon General Vivek Murthy at the second National Walking Summit last month. "Walking is a simple thing we can do" to make America more healthy.

That's the message of his recent Call to Action on Walking and Walkable Communities, which highlighted the powerful fact that, "an average of 22 minutes a day of physical activity - such as brisk walking - can significantly reduce the risk of heart disease and diabetes" as well as other debilitating chronic diseases.

Dr. Murthy told on overflowing crowd of 500 people from 44 states that, "we need to improve infrastructure in communities to make walking easier." It's about justice, he emphasized. It's about making sure "everyone in America has a good shot at being healthy."

Equal access to good health was the theme that resounded throughout the Walking Summit in Washington, D.C., put on by the Every Body Walk Collaborative and America Walks with sponsors spanning the health care, philanthropy, business, non-profit and transportation fields.

"The health benefits of walking are so overwhelming that to deny access to that is a violation of fundamental human rights," noted opening keynote speaker Robert A. Bullard, founder of the Environmental Justice movement and Dean of the School of Public Affairs at Texas Southern University.

Jaw-dropping silence seized the room as Bullard showed a succession of US maps illustrating how historic segregation and current poverty strongly correlate with low levels of walking and childhood opportunity as well as high levels of obesity, diabetes, hypertension and heart disease. "Health disparities don't just happen by accident," he explained. They are the tragic legacy of racism and unequal economic opportunity.

"Tell me your zip code and I can tell you how healthy you are," Bullard said. "That should not be... All communities should have a right to a safe, sustainable, healthy, just, walkable community."

Ron Sims, who sponsored some of the first research identifying zip codes as an ironclad determinant of health while chief executive of King County, Washington, closed the three-day event on an equally powerful note. "If you have parks, playgrounds, community gardens, and wide sidewalks, you have good health outcomes," he offered. "If you have walkable communities kids will do better in school...seniors will be healthier."

He drew on his experience as an activist in African-American neighborhoods of Seattle, as well as a former Deputy US Secretary of Housing and Urban Development, to map out the starting point to reach healthy communities: new or improved sidewalks, better lighting, access to water and greenspace. "You have no idea how powerful you are," he said to the hundreds of walking activists in the room. "I can't overstate that you are a movement that can ensure this country achieves its great dreams."

Sims' optimism is grounded in growing evidence that Americans are getting back on their feet. The number of Americans walking has increased 6 percent since 2005, according to the federal Centers for Disease Control and Prevention. That adds up to 20 million more people on sidewalks and trails.

Americans are walking not just for health, but also for relaxation, community connection, and the sheer fun of it. The US Department of Transportation is improving life for people who walk or bike with Secretary Anthony Foxx's Safer People, Safer Streets initiative, which more than 200 cities have joined.

On the first day of the Summit, Capitol Hill greeted more than 150 walking advocates, who met with 147 Congress members from 33 states, almost evenly divided between Republicans and Democrats. The Summit attracted more than 520 participants, up 30 percent from the first Summit in 2013 and was more racially and regionally diverse.

The Summit's message of walking as a fundamental right drew new attention to groups that suffer the most from unsafe streets: people of color, low-income people, older people, children and the disabled.

Statistics that were frequently quoted in workshops and conversations in the corridors included:

-People walking in the poorest one-third of urban census tracts are twice as likely to be killed by cars.

-African-Americans are 60 percent more likely to be killed by cars while walking, and Latinos 43 percent.

Practical solutions to these problems were detailed by walking advocates from around the country in 70 breakout sessions focused on specific walking issues.

In the San Joaquin Valley of California, Latina women started walking groups to improve their health and when local officials said it would cost too much to build walking trails, they enlisted their construction-worker husbands to do it.

In nearby Ceres, California, sixth-graders did an assessment of walking conditions near their school, which was incorporated into a Safe Routes to Schools masterplan.

In Clarksdale, Mississippi, older African-Americans who felt scared to walk because of crime organized neighborhood watch groups to make their community safer.

"The Summit shows the movement is expanding from walking as a way to improve public health to walking as a human and civil right, a moral imperative," said public health expert Kate Kraft. "A community that is walkable for everyone means less disenfranchisement and more connection."

Call for Contributions - Putting Pedestrians First: Smart, Healthy and for Everyone! 20th Internatio

Small Steps Forward project launched in Medellin, thanks to The Alstom Foundation 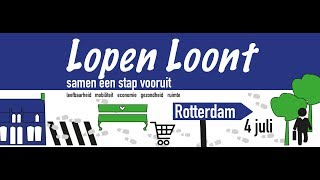 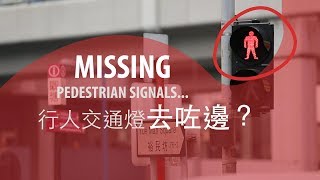 Rotterdam launches their Walking Strategy and its brilliant!

Promoting walking and challenges for walkability during the pandemic!

We will be talking walking! at the 3rd Global Ministerial Conference on Road Safety

Walking is promoted at the European Union's 4th CITIES FORUM 2020